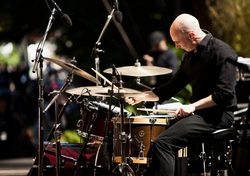 Charlie Giesige ('02)
Charlie, an outstanding jazz drummer during high school, attended the Berklee College of Music in Boston.  He currently resides in San Francisco, CA, and is the drummer for The Family Crest, an American orchestra Indie rock band.  The Family Crest has performed around the country, including high profile gigs such as a Grammy Awards party sponsored by T-Mobile and the 75th anniversary celebration of the Golden Gate Bridge.  The band's music has been featured in several commercials, including a Carnival Cruise commercial narrated by another Greendale High School graduate, Nadia Quinn.  The Family Crest released a full length album, Beneath the Brine, in early 2014. 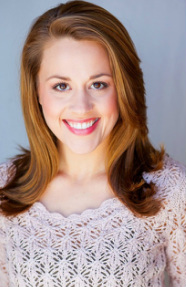 Katie Postotnik ('05)
Katie, a talented member of the GHS Colorguard program and a star of the Greendale theatre program, attended Oklahoma City University studying musical theatre.  After moving to New York City, she secured her first national tour playing the role of Regina in the hit musical ROCK OF AGES.  After a successful national run, Katie landed her first national tour lead role, playing Molly in GHOST THE MUSICAL.  She has returned to GHS on numerous occasions to speak with theatre and vocal students, and is the latest in a long line of theatrical success stories of former Greendale High School students. 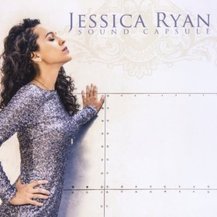 Jessica Ryan Liederbach ('07)
Jessica was the vocalist in the Greendale Marching Band's 2005 Cirque du Soleil production, and sang for multiple years with the top jazz ensemble.  She studied collegiately at the Berklee College of Music in Boston, and followed that with several years of performances on Holland America cruise lines.  Jessica has a full length recording entitled Sound Capsule, currently available on iTunes. 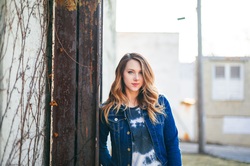 Sara Bill ('07)
Sara, a flute player in the GHS Band, took a unique route to continue her passion for music - photography.  Currently one of the house photographers for the Pabst/Riverside Theaters in Milwaukee, Sara gets to view professional musicians from a vantage point that not many people get to experience.  Check out some of her amazing musician photography, or check out her official website.